1989 was the album that took 2014 like storm. It’s known as a lot of things: the transformational work that marked the emergence of a pop queen from a country princess; the singer-songwriter’s comeback project to sweep all the award shows; the album that beat To Pimp a Butterfly to Album of The Year at the 58th Grammy Awards; you get the idea. But what intrigued me the most is how the album had Harry Styles so blatantly written across its lyrical content and thematic presentation.

Taylor Swift has never had a shortage of boy friends: whether it be Joe Jonas, or John Mayer, or Tom Hiddleston. Concurrently, it’s never been rare for Swift to write about them: whether it be We Are Never Ever Getting Back Together, or Dear John, and Getaway Car, respectively. But in 1989, Taylor documents her journey through love with a desolate determination, charming sweetness, and keen introspection. Taken together, the subject matter of every song— from New York City in Welcome to New York to London in Clean— chronicle the ups and downs in Swift and Styles’ relationship and narrate a most beautiful love story from beginning to end. 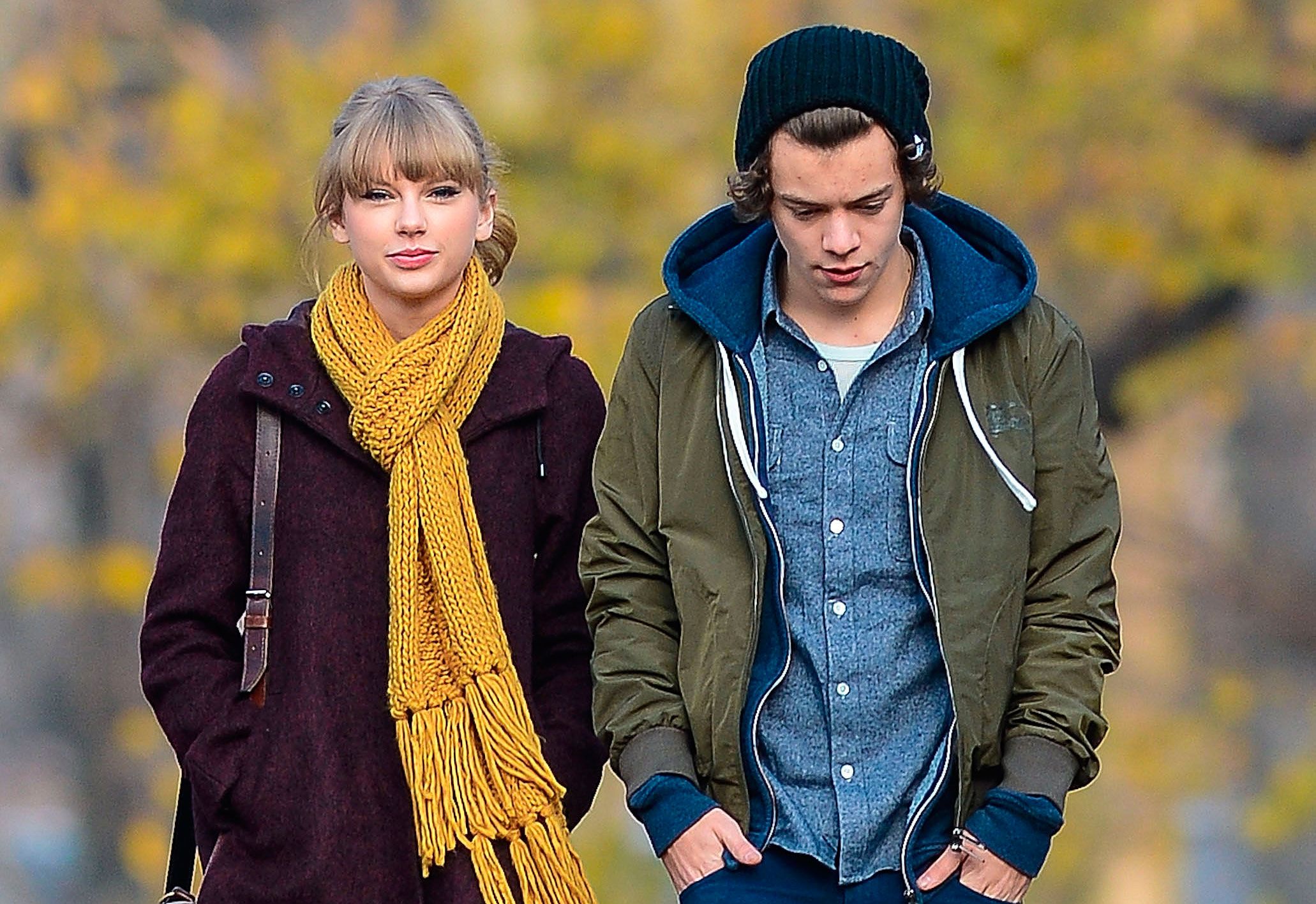 When they first started dating in the winter of 2012, they seemed like the perfect couple. One Direction was the international phenomenon, Taylor Swift was America’s Sweetheart: both talented, both paragons of their respective sexes, both with impressive fan bases. Both living in NYC— topic of the album’s first song. Some might call it the worst New York anthem ever, but I think it may very well be a celebration of the historic decision to move to NYC that allowed this love affair to develop, and in that sense, introduction to the bittersweet romance.

The third track, Style has the most obvious connection to Harry. First, the title. Second, the references, such as the “long hair, slicked back, white t-shirt” and the “James Dean daydream look in your eyes.” Third, Taylor said it herself in an interview:

“It’s basically one of those relationships that’s always a bit off. The two people are trying to forget each other. So, it’s like, “All right, I heard you went off with her,” and well, I’ve done that, too. My previous albums have also been sort of like, “I was right, you were wrong, you did this, it made me feel like this”—a righteous sense of right and wrong in a relationship. What happens when you grow up is you realize the rules in a relationship are very blurred and that it gets very complicated very quickly, and there’s not a case of who was right or who was wrong.”

The relationship, according to Taylor, has never been a smooth ride. There’s been rumors of Harry Styles hooking up with other girls (which is semi-corroborated by herself). There’s been the thoughts of “Are we out of the woods yet? Are we in the clear yet?” in Out Of The Woods, the most vivid rendition of their love story on the album. We gain glimpses into their life together: the polaroid taken on their couch, the two paper airplane necklaces, the snowmobile accident during the skiing trip, the stitches and tears in the hospital room… All told with immense underlying emotion and, more importantly, bursting apprehension wondering whether the woods are just trees, where the next roadblock would be, how long this precious story would last, when it would end.

In I Wish You Would, the two have broken up, but the regret is eating both of their minds alive. Taylor has allegedly said that the song is about her ex who “bought a house literally one road adjacent to hers.” In Perfect, Harry mirrors Taylor’s lines: “windows down, you pass my street, the memories start” with “and if you like midnight driving with the windows down.” The story goes that every night, he would drive home, accidentally turn into her street, because he wanted to tell her how “he just wants to stop by her house and see her,” but he never did— because he thought she hated him now.

However, what he didn’t know is that she also stayed up watching his headlights pass by her windowpane, that “she’s still in love with him.” All the while he’s deciding whether to turn up at her house at 2 A.M., she’s hoping that he would. Turn right back around. Know that she’d never forget him. Know that she misses him too much to be mad at him.

Ultimately, that imperfect love is savored in Wildest Dream, in which Taylor wishes her lost love would see her in his dreams, and remember her the way he would remember him. No longer the vengeful spirit found in Better Than Revenge, Taylor’s first thoughts when entering a relationship are “when this ends, I hope it ends well. I hope you remember me well.” With imagery of the ocean and a maritime journey, This Love continues the reminiscence of the good times and the bad, as she relives moments of the love that left a permanent mark on her. As the sonic repetition of “this love” glide past our ears, we begin to feel those memories of love appearing and disappearing, but never leaving.

Everything comes to a halt in Clean. Drafting dramatic metaphors of drought, the song symbolizes the absence of a relationship that once took up the artist’s entire world. For months all she could do was think about the good times. For months the memories haunted her. Until one day, all of a sudden, she realizes she’s been in London for two weeks and hasn’t thought about him. She’s fine, and she hopes he’s fine. In the pouring rain, the first thought that came to her mind was “I’m finally clean.”

So that’s the story. Style outlines a timeless image. Out Of The Woods highlights a directionless anxiety. All You Had To Do Was Stay is the cheerful-tunes-shrouded melancholy of wanting it all back. How You Get The Girl is the instruction manual she wished he had followed to get her back. I Wish You Would conveys regret. This Love recounts the times that seem so beautiful in retrospect, and in Clean — it’s all gone.

As the audience, all we could ever do is listen to what artists have to say. We will never get the full picture. We will never know how beautiful the love was, how intense the fall out was, how acute the heartache was.

But what we do know is that 1989 exemplifies the artist’s transformation from the girl sitting on bleachers, looking out the window to the boy next door, believing in fairy tales — to a woman understanding that not every romance will end like a fairy tale.

“I think the way I used to approach relationships was very idealistic,” she says. “I used to go into them thinking, ‘Maybe this is the one — we’ll get married and have a family, this could be forever.’ Whereas now I go in thinking, ‘How long do we have on the clock — before something comes along and puts a wrench in it, or your publicist calls and says this isn’t a good idea?” 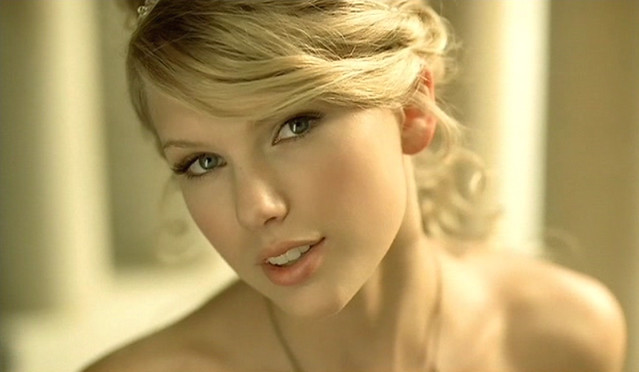 Real love stories are not just the sassiness “she wears short skirts I wear T-shirts” or playfulness in “I can make a bad guy good for a weekend,” or the vengefulness in “she underestimated just who she was stealing from.” Love is more than seeing that single face in every crowd, and breakup is more than pointing fingers. It can be messy, difficult, painful. The lines are blurred. The right and wrong are mingled.

So 1989 is more than a best-selling pop album, it tells the story of growth, of maturing, of self-discovery. Of a princess finding her prince charming but without a happily-ever-after. In her sophomore album Fearless, Taylor Swift used one chart-topping single to characterize an endearing love story. With 1989, it took her an entire album to do so. It’s a love story without “baby just say yes,” but it is more empowering, more precious, and more real, nonetheless.

The real love story is bittersweet, not nearly as dreamy as Love Story. But it’s more lively and contains much more strength. It comes with the realizations that love is not one-size-fits-all, that there might never be a happily-ever-after, and that resolutions might never exist. The anxiety might be overwhelming; the heartbreak might be unbearable. That’s what real love takes. That’s what make us believe that the imperfections in the fact that “I’m just a guy you’ll write breakup songs about” make the “red lips, little skirt, long hair, white t-shirt” style truly perfect.

Some information are excerpted from Tumblr.